The TRUTH will be Revealed

Link to: The Genocide of WWII Germans

The Full TRUTH of WWII is Hidden from the Public 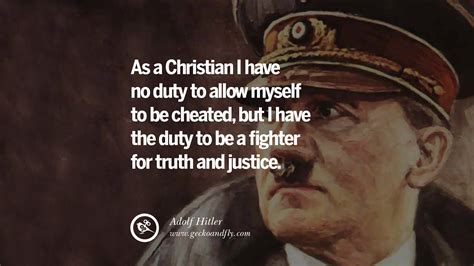 As a Christian I have a Duty 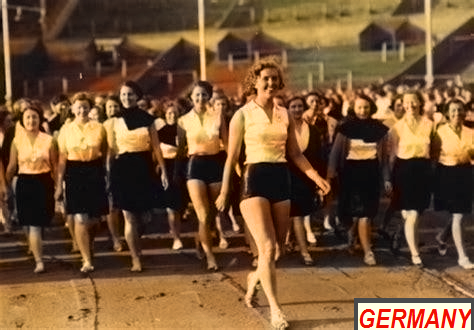 There's no doubt that Communism was the far greater evil and Germany needed to Protect it's People.

* Hitler Broke Free from the International Banking Cartels.
*Hitler Created a Thriving Economy with No Unemployment.

Despite the Nazis literally having ‘socialist’ in their name —

They were, in fact, dedicated anti-socialists.

"The German Democratic Republic" and the "Democratic People’s Republic of North Korea" both have the adjective “Democratic” as part of their name yet neither are "democratic" countries.  Did the Nazis increase collective ownership by nationalizing private resources? No. In fact, they did the opposite.  Instead of relying on what they supposedly said, let’s look at what the Nazis did while in power.

Did the Nazis increase collective ownership by nationalizing private resources?  In a 2010 article in the Economic History Review, Germà Bel reports that “the Nazi government in 1930s Germany implemented a large-scale privatization policy” that involved selling off “public ownership in several state-owned firms” that operated in the sectors of “steel, mining, banking, shipyard, ship-lines, and railways.”  No. In fact, they did the opposite of "nationalization", which is the exact opposite of Communism. 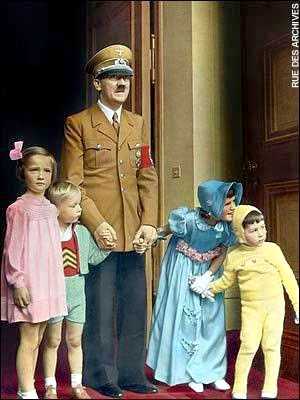 Hitler Created out of

the Ruins of WWI.

Americans Need to Wake the HELL Up ! and stop listening to the Controlled Corporate $$MEDIA$$ lies. 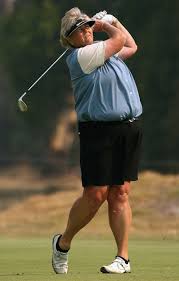 The Video Below Shows the GERMANS as the True VICTIMS

GERMANS should be paid reparations for the

When Viewing the Above Video, You May be Shocked to Learn Horrible Policies of the U.S. Military.  This Policy Goes All The Way Back to UNION General Sherman.  The CONFEDERATE General Lee NEVER Conducted War Against Civilians.

The Above Video shows the faces of mostly young Germans defending against a vicious Communist foe. 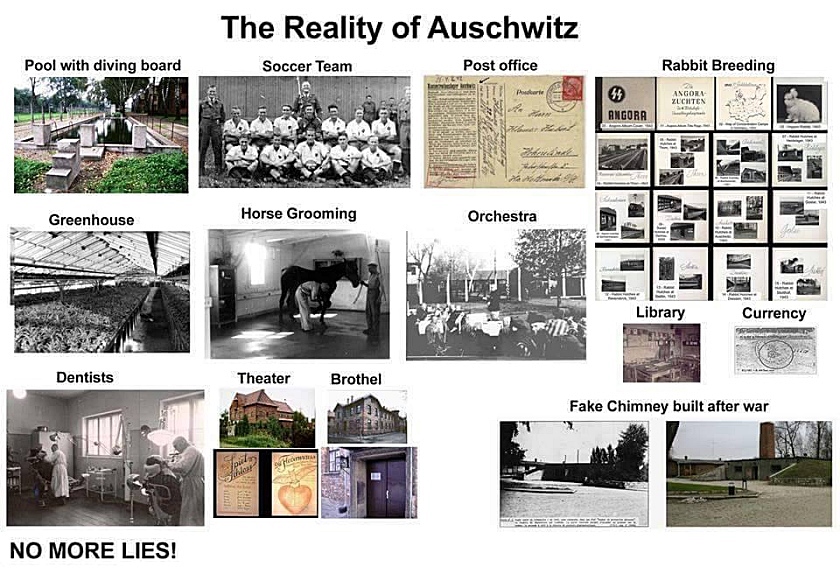 Hitler was a vegan and a lover of all nature and animals. Hitler, having survived a WWI gas attack himself, was adamantly against the use of poison gas against the enemy and certainly never used gas on people in the camps.

There are no 'winners' of wars, excepting those who financed the war or profited by the war.  It is those people who then finance the writing of the historical narrative, which always covers up the 'fingerprints' of the $$money-people. 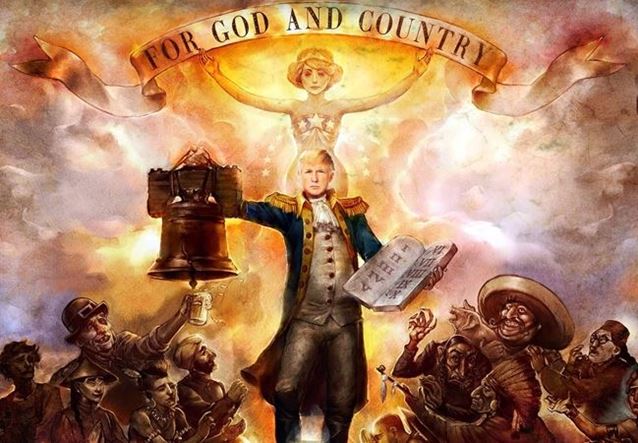 Massive, Blatant, Flagrant and Obvious Election Fraud.  The Media Hates Donald Trump. It's Time to Question Everything that the Media Tells Us to "Hate".

When the American Zionist Media accuses Donald Trump of being "Hitler", perhaps we should first remove the mud that's been heaped on Hitler, over the decades, by a highly biased media.

The above video contains rare colorized footage of Germans protecting Europe from the advance of J*wish Bolshevism. 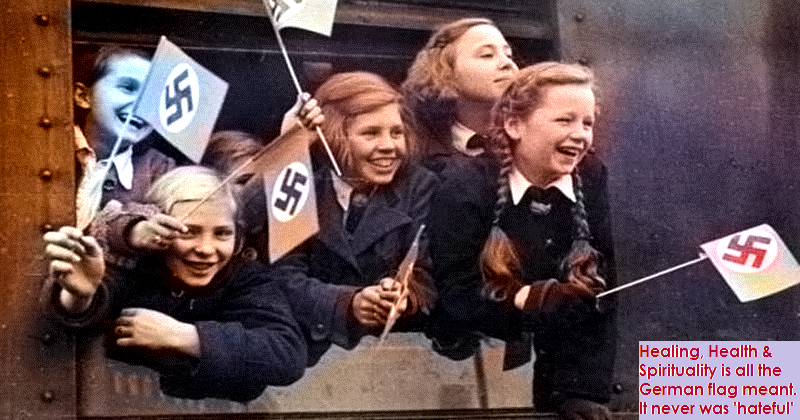 No German ever thought of the symbol Germany adopted as a symbol of 'hate'. 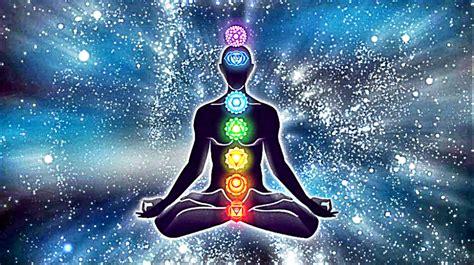 The ancient symbol adopted by the Germans means spirituality and healing (not hate).

The reason that the colors of Red, Black and White were chosen for the German flag in 1933 was because those were the colors of the original German Flag.

TO STAND WITH THE TRUTH OFTEN WILL BE DANGEROUS & UNPOPULAR 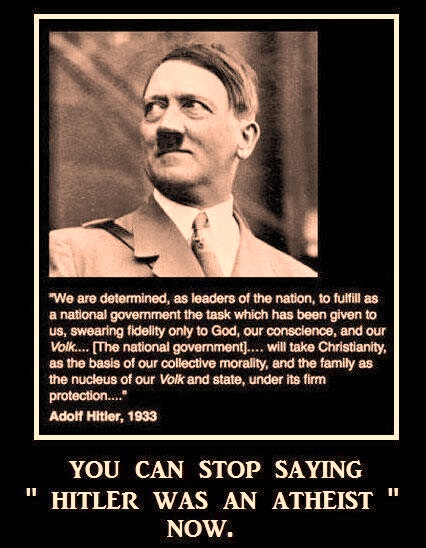 Click to see the immorality & decadence that Adolf Hitler combated

that plagued his nation of Germany.

Hitler restored morality and wholesomeness to his country and people.

Adolf Hitler actually held high morals and was a vegetarian 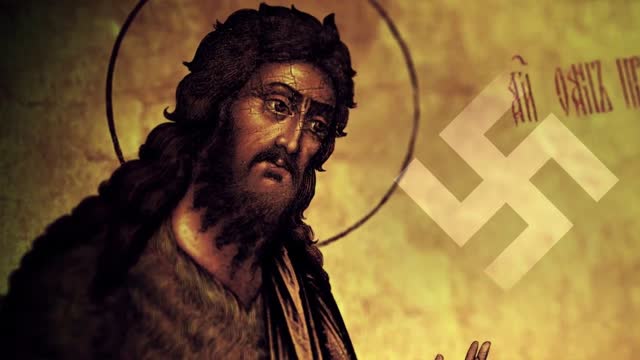 The swastika is of prehistoric origin.

It is the cross which every swastika contains, which destroys the evil of the serpent today, and faith in this holy sign restores the dead to life everlasting. It is another proof that the inhabitants of the new world came from the old and brought the symbol of the salvation of the Christian faith with them. In the cross of this Christian faith is the salvation for all peoples—and its influence goes steadily on. Believing in His Cross and promise, "1. 1 1. I am with you always, even to the end of all things," we cling to the Christian faith.

Current Historians usually state that Hitler "started WWII" by invading Poland.  He was only taking his territory back.  He pulled back to the original German borders, yet France and the UK declared war on him.  After the war, they forced all ethnic Germans out of that area and in doing so killed many Germans by starvation, disease and exposure to the elements.

Click the Image to Open Video on Jewish Degeneracy  in Berlin after 1920. 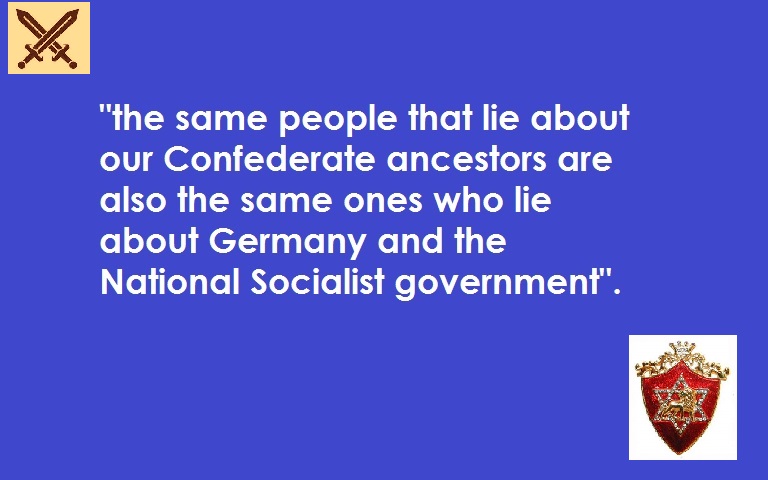 Even though the Grandsons of Confederates were used to defeat the Germans in WWII, both the Confederacy and 1930's Germany were attempting to break from the International Bankers . And that is the "sin" of both and why both are hated by the 'elite'.

What If Germany Had Won WWII ?

Ursula Haverbeck is in prison today at aged 92 for speaking the truth and asking a few questions.  Jews have zero tolerance for exposing their lies and charades that extort sympathy and money.

Hitler was NEVER Financed by Wall Street or the Bankers

was very much welcomed in National Socialist Germany in 1936

CLICK to OPEN "THE BAD WAR, The Truth About WWII"

ISRAEL today -The Laboratory For All Things Tyrannical

CLICK to OPEN "The Jewish Declaration of War on Nazi Germany"

RUSSIANS WHO FOUGHT WITH GERMANY AGAINST BOLSHEVISM - RUSSIAN LIBERATION ARMY

Europa - the Last Battle.
FULLY Explains WORLD WAR II. The Video Above is 12 hours long. The 10 part series below is the same as the above video, except in parts. 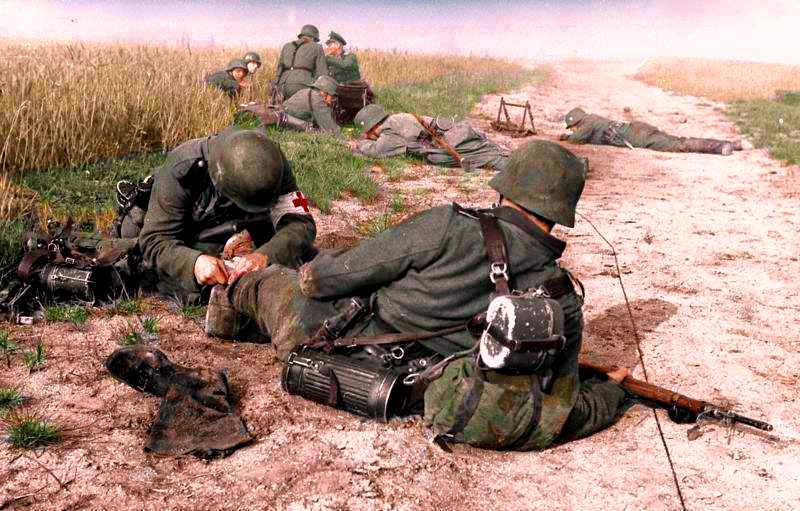 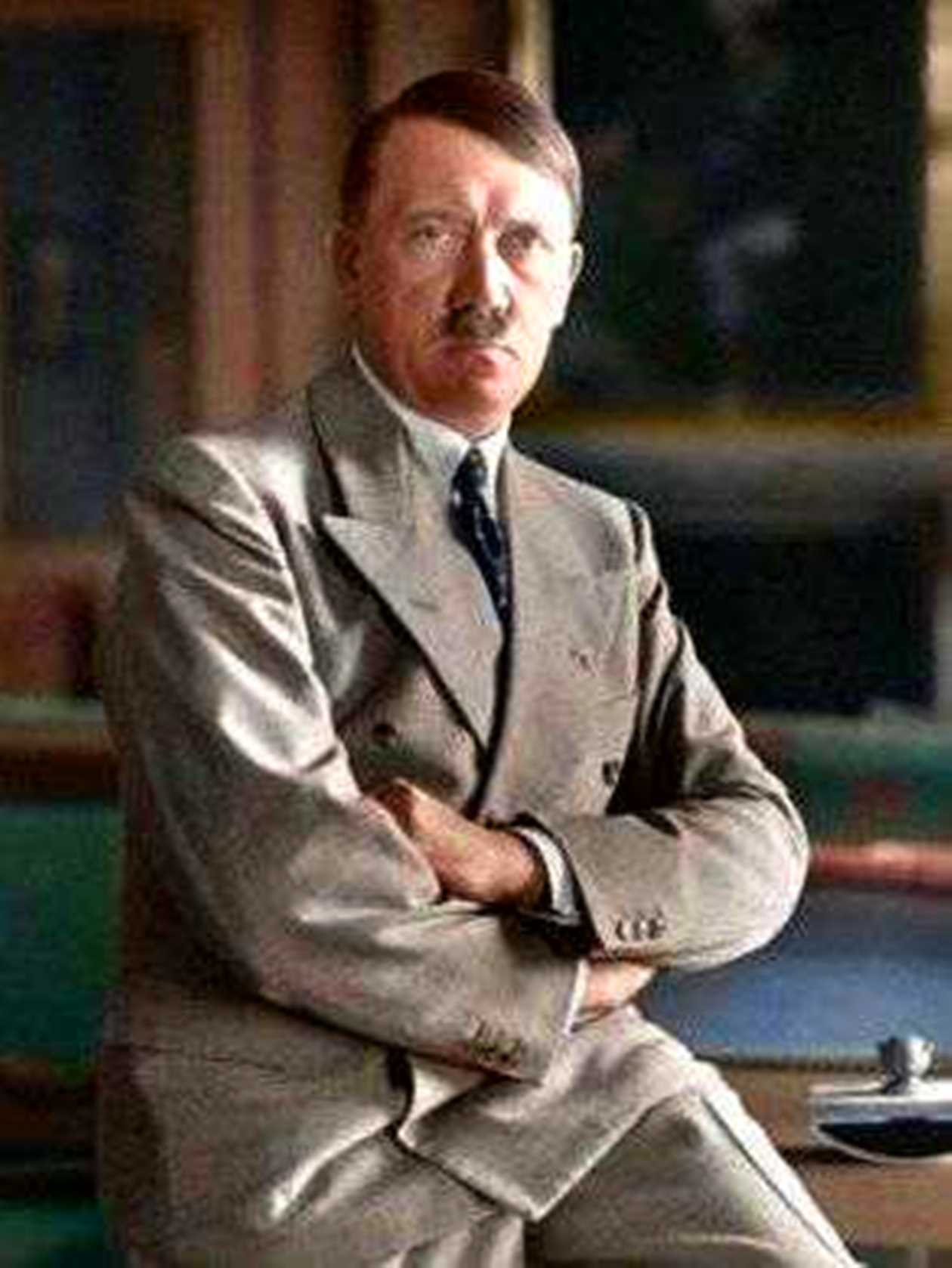 *CLICK TO LEARN ABOUT THE ALLIED FIRE-BOMBING OF DRESDEN, GERMANY

Hitler never conducted any aerial bombings on or any military attacks against civilian targets.

Contrast that with the Allied fire-bombing against Dresden which killed more innocent civilians than the 2 Atomic bombs dropped on Japan combined.

Hitler never conducted aerial bombings or any military attacks against civilian targets. Contrast that fact with the Allied fire-bombing against Dresden which killed more Germans than the 2 Atomic bombs dropped on Japan combined. 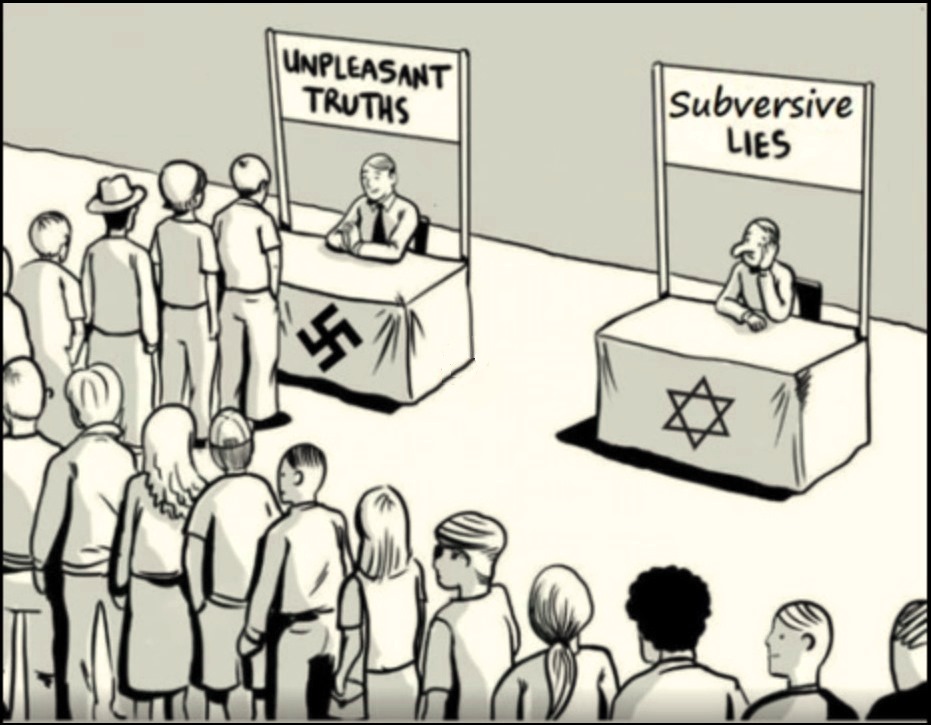 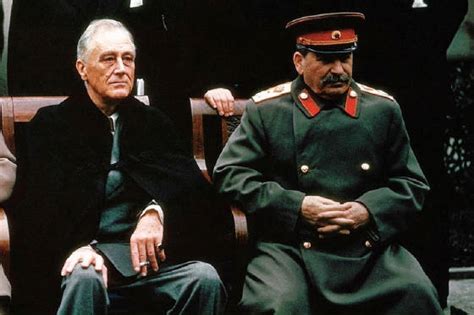 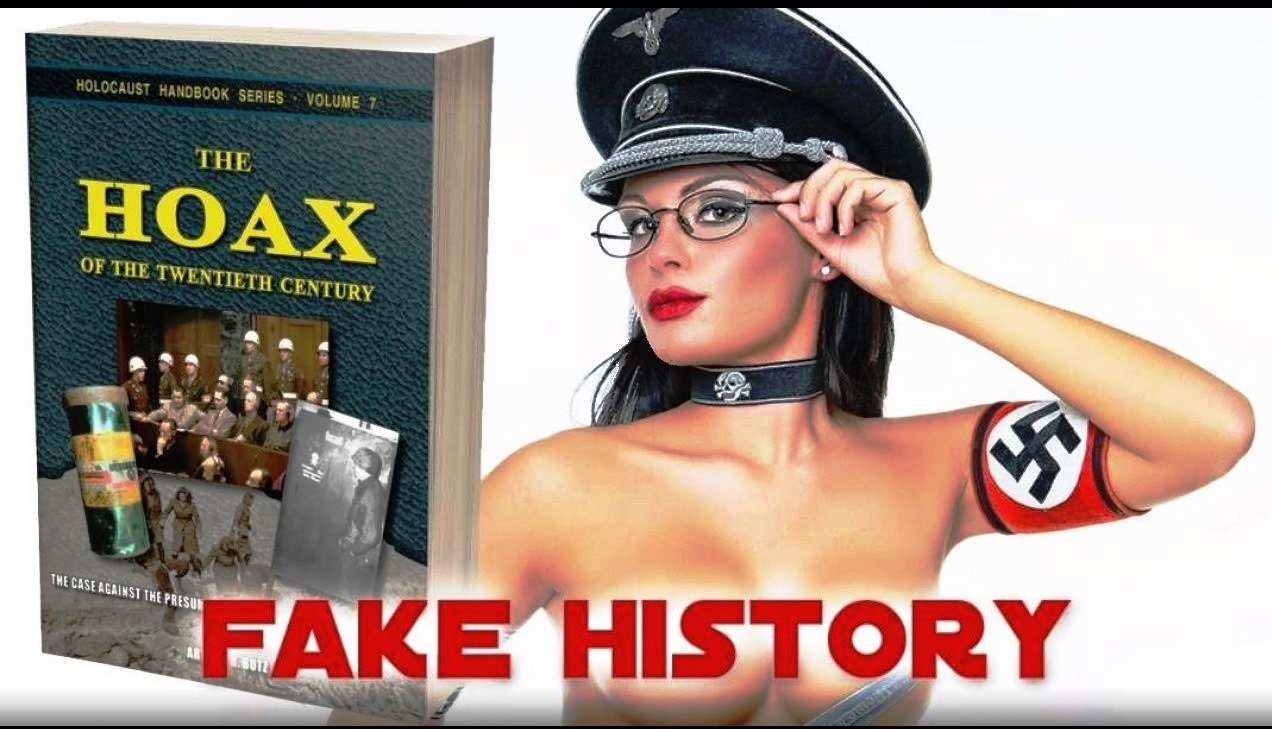 Cowards FEAR the Truth and 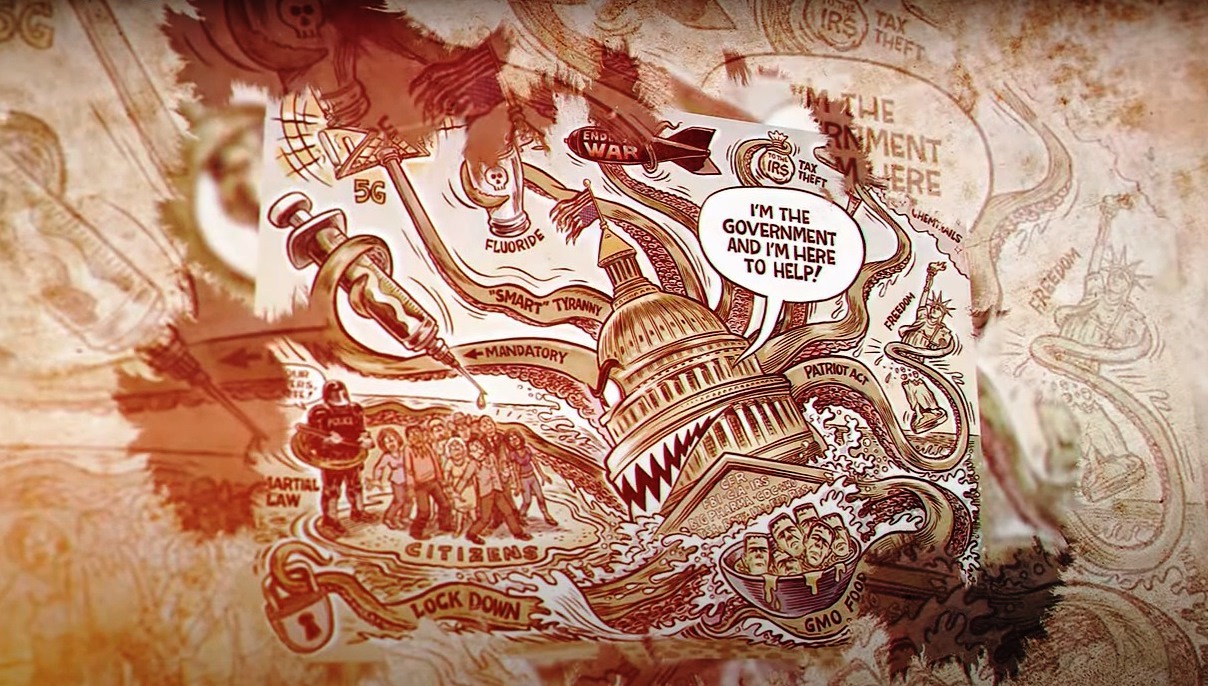 For decades Marxists in the media, Hollywood and alphabet agencies such as the C.I.A. have been influencing (brainwashing) the public with false premises why the South fought for Independence

to harass and personally attack the curator of the museum, Bobby Grenier.

Bobby has since resigned the museum after many years of service.  All this over a Confederate statue.

In the City of Belleview, Florida, Mayor Christine Dobkowski this year, 2020, has stopped the decades long traditional Confederate flag raising ceremony with the excuse of "safety reasons". 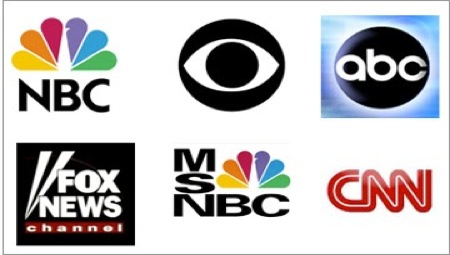 The US media systematically skews information, such as reporting news in a way that conflicts with standards of professional journalism and promotes a political agenda through entertainment media

OF THE CORRUPT NORTHERN INDUSTRIALISTS AND BANKERS

and Memorials represent the same principles as the original U.S. Betsy Ross flag

Resistance to Tyranny, and Christian Values and Principles. 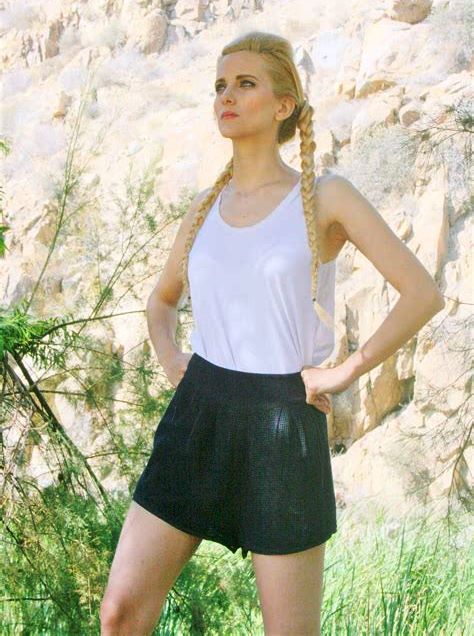 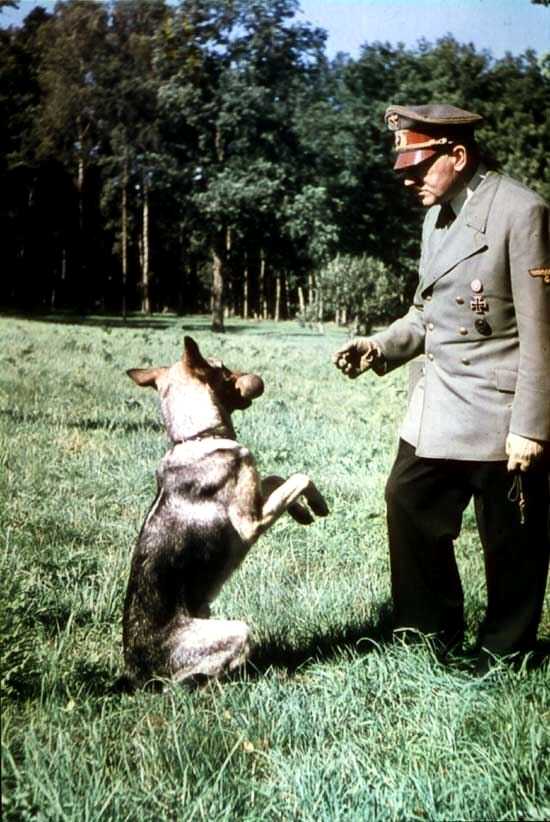 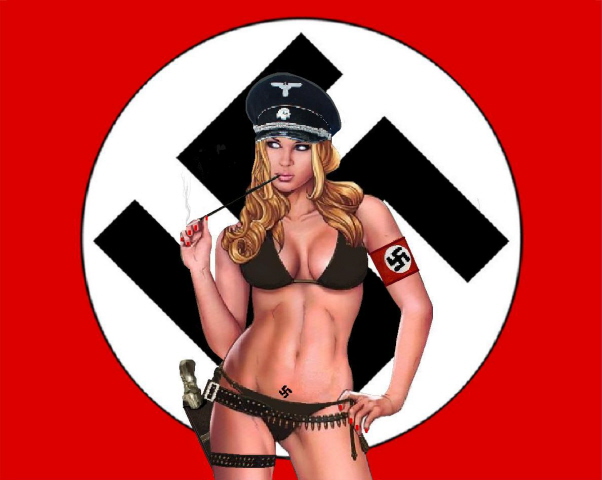 TYRANTS OF THE 'UNION'

THESE UNION TYRANTS ARE TODAY REVERED BY THE MODERN ESTABLISHMENT

YET THESE TYRANTS DESTROYED THE CONSTITUTIONAL REPUBLIC 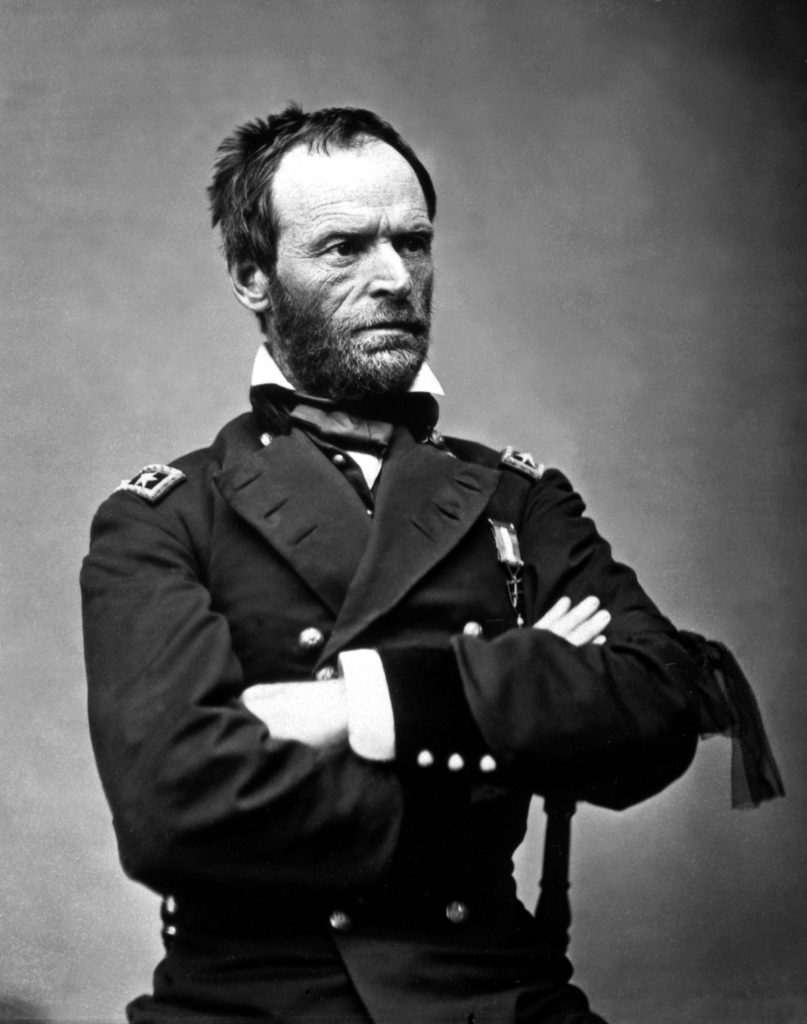 The most dramatic forgotten atrocity in the Civil War occurred 150 years ago when Union Gen. Philip Sheridan

unleashed a hundred mile swath of flames in the Shenandoah

Valley that left vast numbers of women and childrens tottering 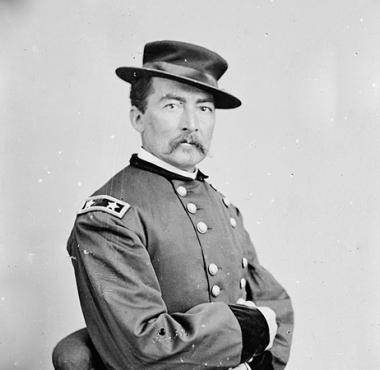 Because residents of the region lived within the borders of a state that had seceded from the Union, Sheridan acted as if they had automatically forfeited their property and their lives. Even some Union soldiers were aghast at harshness of Sheridan's marching orders. 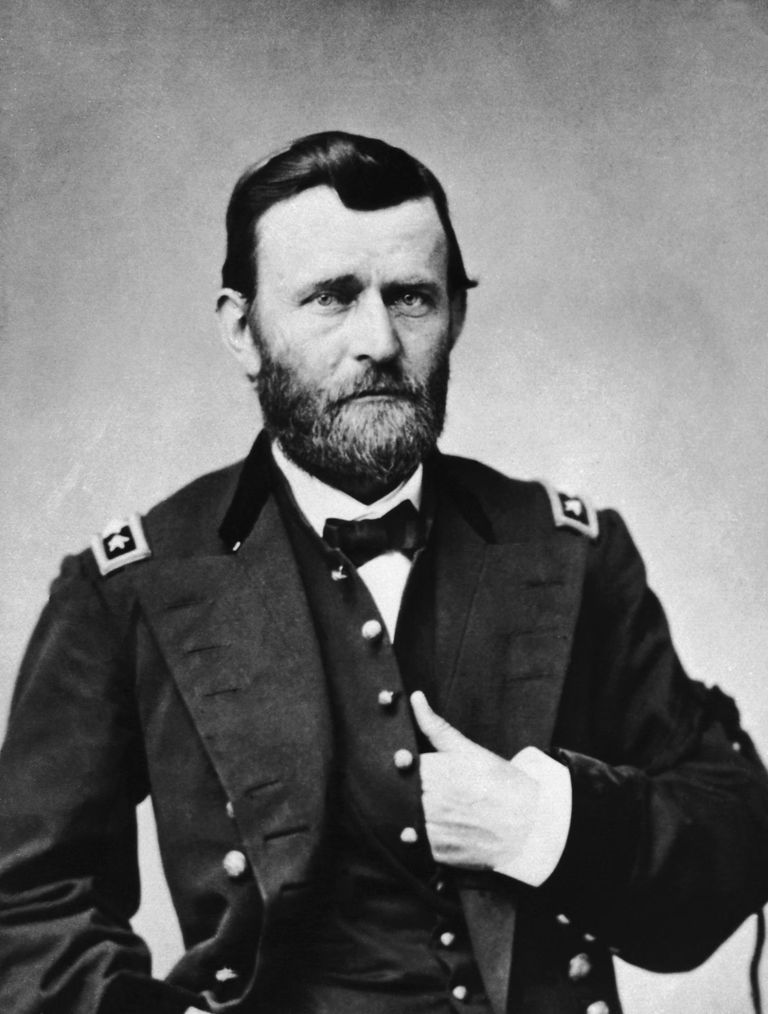 Grant, committed the worst official act of anti-Semitism in American history. It was a war crime that went unpunished, and today it is all but forgotten. It happened two years into the Civil War when Gen. Grant ordered every Jewish man, woman and child out of a vast military district under his control. 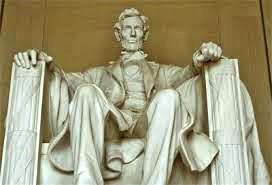 Had the Civil War ended with a different outcome, Lincoln and many of his generals would have been deservedly tried as war criminals.

Lincoln suspended the writ of Habeas Corpus, closed courts by force, and arrested citizens and elected officials without cause.

Lincoln’s troops razed the South and doomed to poverty–generations of Southerners for many years to come.

and Memorials represent the same principles as the original U.S. Betsy Ross flag

Resistance to Tyranny, and Christian Values and Principles. 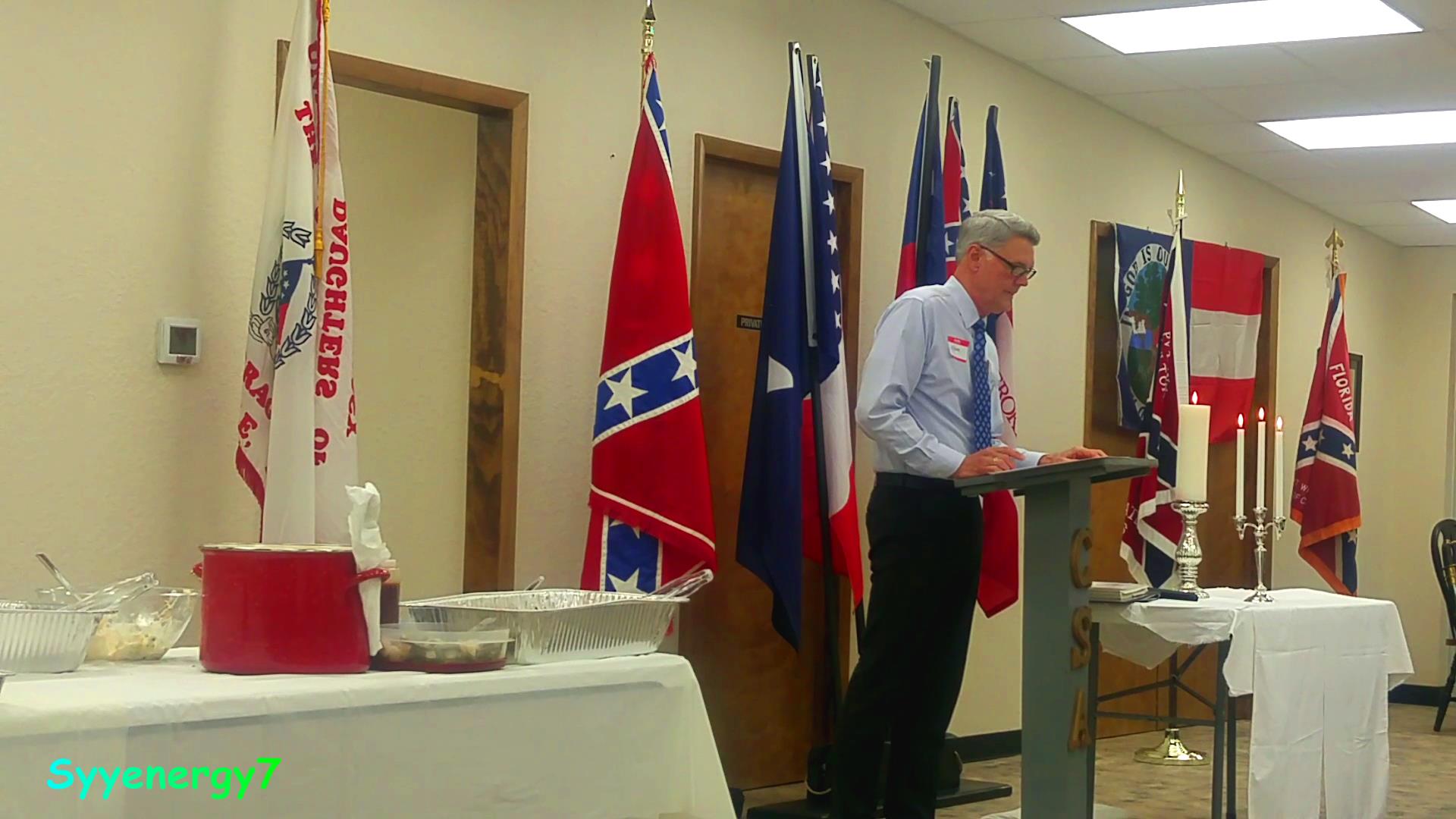 "TRUTH is our primary weapon"

CONFEDERATES FOUGHT NOT FOR CONQUEST

BUT FOR INDEPENDENCE AND THEIR OWN HOMES

Lee had the courage of his convictions and selflessly sacrificed his own peace and prosperity for the cause of independence, a government “of the people, by the people, and for the people.” 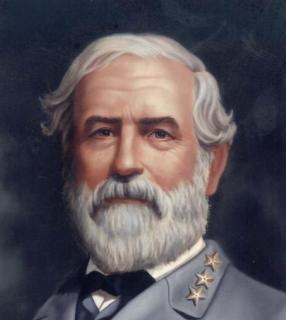 Calvary General Nathan Bedford Forrest was greatly feared by  Union Generals Sherman, Grant and Sheridan.  Forrest’s tactics and strategies are still studied by military cadets today. Forrest was the most remarkable man produced by either side. 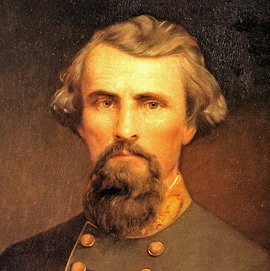 “My religious belief teaches me to feel as safe in battle as in bed. God has fixed the time for my death. I do not concern myself about that, but to be always ready, no matter when it may overtake me.” 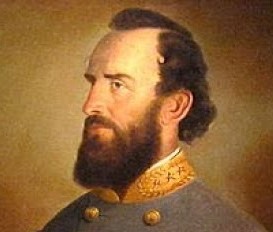 Start Your Journey to better Southland !